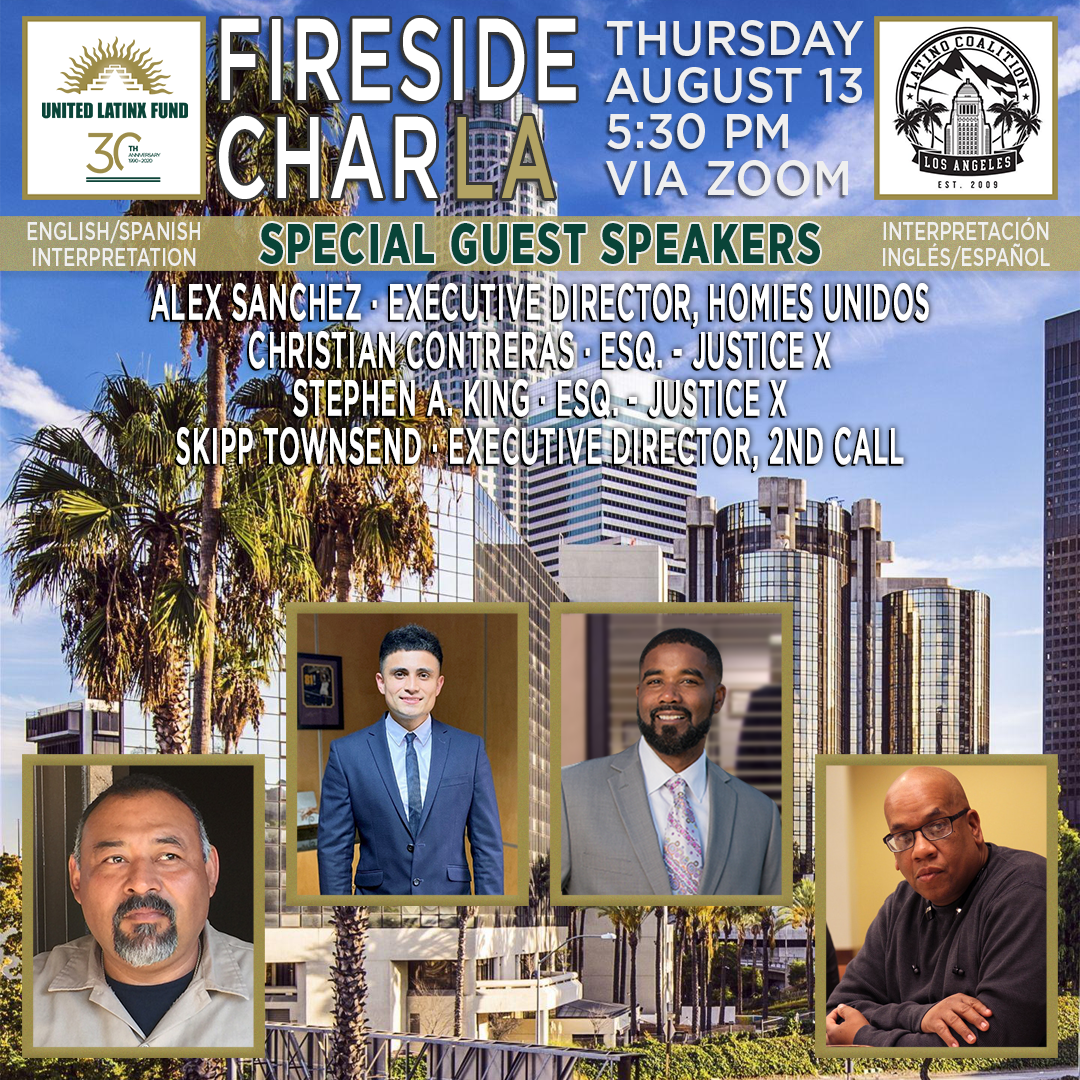 The current moment sets a historic, global precedent rooted in the COVID-19 crisis, rampant racial and ethnic disparities, and increased violence toward Black and Brown communities at the hands of law enforcement. In response, calls for multi-racial, multi-generational coalitions are elevated in the national discourse as essential to effecting systemic change. Latinx comprise multiple nationalities and identities and are impacted by diverse policy issues, not just immigration. Advancing civil rights and justice throughout America requires explicit knowledge and engagement of both Brown and Back communities and the unique diversity therein (e.g. race, national origin, sex, gender identity, age, citizenship, etc.) as well as other ethnic groups that share common histories, struggles, solutions, and victories.

Judge Rupert A. Byrdsong was appointed to the bench in 2014. Before his appointment, Judge Byrdsong was a fierce advocate in the courtroom and recognized as a Southern California Super Lawyer Rising Star from 2005 to 2008 and a Southern California Super Lawyer, 2010 through 2014. In 2006, he was listed in the Daily Journal as Ones to Watch describing the top employment lawyers in the greater Los Angeles area.

As a bench officer, Judge Byrdsong has covered several different assignments, including unlimited jurisdiction civil trials, complex (asbestos hub), and an unlimited jurisdiction individual calendar court. He presently sits in the Stanley Mosk Courthouse in Dept. 28. Judge Byrdsong is a member of the LACBA Labor and Employment and Litigation Executive Committees. He is a founding member of the Association of African American California Judicial Officers (AAACJO). He frequently lectures on legal issues with notable groups such as The College of Labor and Employment Lawyers, Consumer Attorneys Association of Los Angeles (CAALA), California Employment Lawyers’ Association (CELA), and the Association of Southern California Defense Counsel (ASCDC).

He is serving a three-year term on the California Judges’ Association representing the interests of the Los Angeles Superior Court statewide. In that capacity, Judge Byrdsong serves as the CJA liaison to the California Lawyers’ Association and is the co-chair of the Membership Committee. Judge Byrdsong was the President of the Langston Bar Association in 2006. He graduated from Morehouse College (Phi Beta Kappa) in 1991 and Vanderbilt Law School in 1994.

Alex Sanchez is an internationally recognized peacemaker and co-founder of Homies Unidos in Los Angeles where he has developed and implemented innovative violence prevention and intervention programs since 1998 and has also lead the organization as Executive Director since 2006. An outspoken community leader, Alex’s commitment to disenfranchised youth and their families in the Latino and largely Central American communities of the Pico Union, Westlake and Koreatown areas of Los Angeles, is rooted in his journey that includes having been a gang-involved youth, a target of the INS, LAPD, and Salvadoran national police and death squads.

Alex is a hands-on prevention and intervention professional that has made a positive impact on the lives of thousands of at-risk youth and their families. As a well-respected violence prevention pioneer and expert on gang culture and youth criminalization, Alex has advocated for comprehensive intervention strategies, immigration reform, and Black-Brown unity – promoting racial tolerance and cultural understanding as a form of violence prevention.

Christian Contreras is one of the leaders of Justice X (Justice-X.com) which is a coalition of Black and Latino lawyers who are dedicated to advancing the interests of Black and Brown people as well as marginalized populations in all forms including through legal representation. Christian Contreras is also a junior partner at the civil rights firm Guizar, Henderson & Carrazco, LLP (GHClegal.com) where he prosecutes civil rights cases against municipalities and individual peace officers for Fourth Amendment and Fourteenth Amendment violations primarily stemming from the tragic shooting deaths of individuals. Christian Contreras also has an extensive pro bono practice which includes representing protesters in criminal court who have been arrested as well as representing protesters in civil cases against municipalities and individual police officers for violation of their civil rights.

Christian Contreras’ work also encompasses representing individuals and organizations in impact litigation in areas such as homelessness and worker’s rights. Recently, Christian Contreras and his Justice X colleagues filed a class-action lawsuit in federal court against the City of Los Angeles and Chief Michel Moore for the widespread and longstanding misclassification of Black and Latino Los Angeles residents as gang members or gang associates.

Stephen A. King is a reputable and seasoned trial lawyer with over 100 jury trials to verdict. His passion for justice has led him to obtain several million dollar jury verdicts including serving as a lead trial lawyer on a team of lawyers who obtained the largest non-economic damages verdict in Riverside County of $40 million in 2015. Mr. King’s other recent successes include a $1.1 million verdict against the Los Angeles Sheriff’s Department for First Amendment violations in 2015 and a record-setting $3.1 million verdict against the Los Angeles County Department of Children and Family Services in 2016 for Fourteenth Amendment violations.

Mr. King is the founding owner of Kings Justice Law and is a founding instructor at Trojan Horse Method where he travels across the country teaching lawyers trial presentation skills. He’s also a graduate of the world-renowned Gerry Spence Trial Lawyers College. Currently, Mr. King enjoys being a father to his twin boys Kareem and Elijah, and working in co-counsel relationships with other trial lawyers.

Clifford Thomas Townsend, known as Skipp Townsend, is an American gang expert and former documented Bloods gang member for over 27 years from Los Angeles, California. Townsend is known for his role in several documentaries and movies: How to Make Money Selling Drugs, The '80s: The Decade That Made Us, Crips and Bloods: Made in America, ESPN's Series 30 for 30, and Gangland episode: "One Blood". He also assisted the casting department in two episodes of T.I.'s Road to Redemption. Townsend is co-founder and executive director of 2nd Call, a gang intervention non-profit, and board member of the Southern California Cease Fire Committee. Townsend is often interviewed as a pragmatic expert regarding police-public relations and as an "interventionist" regarding community conflicts. 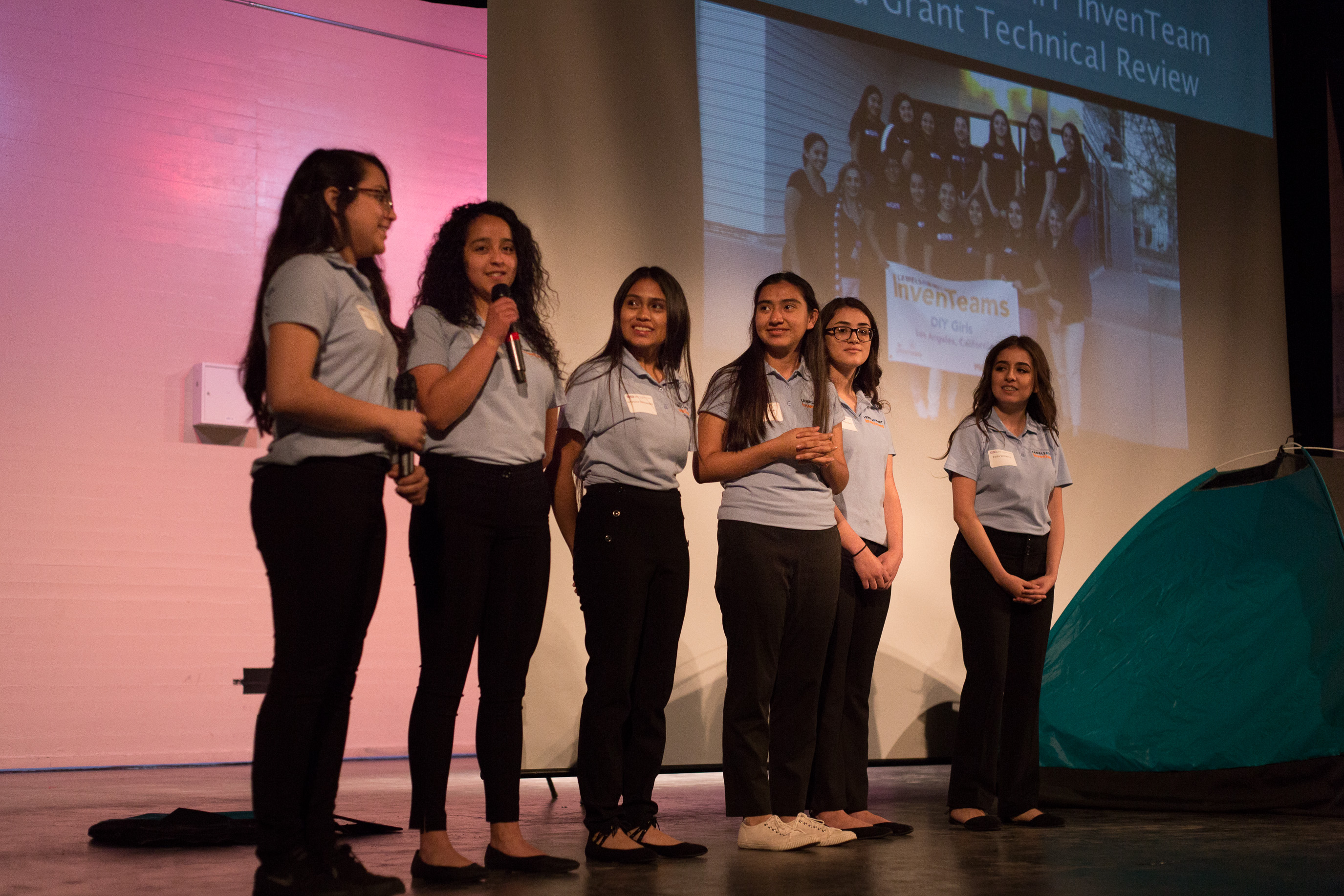 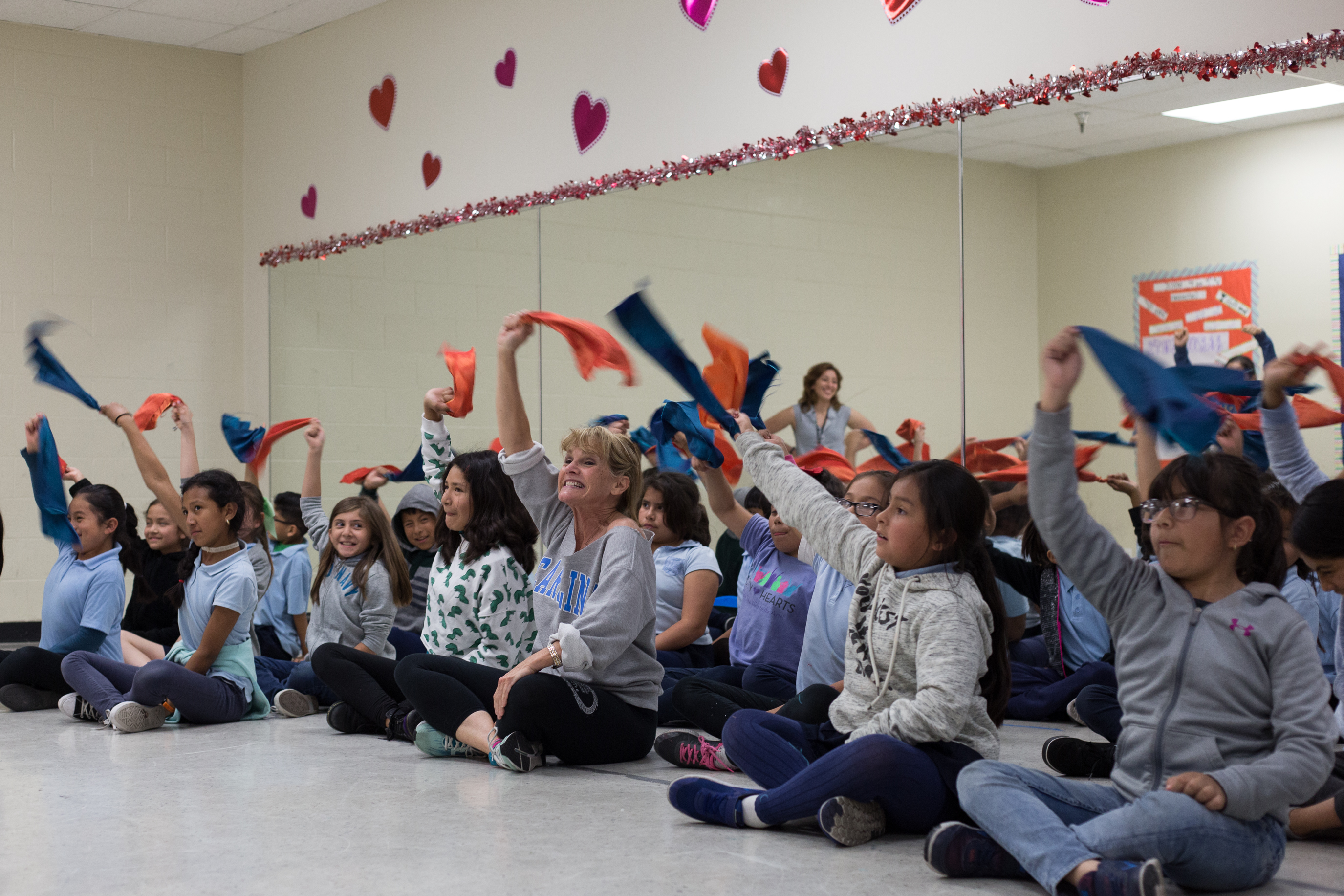 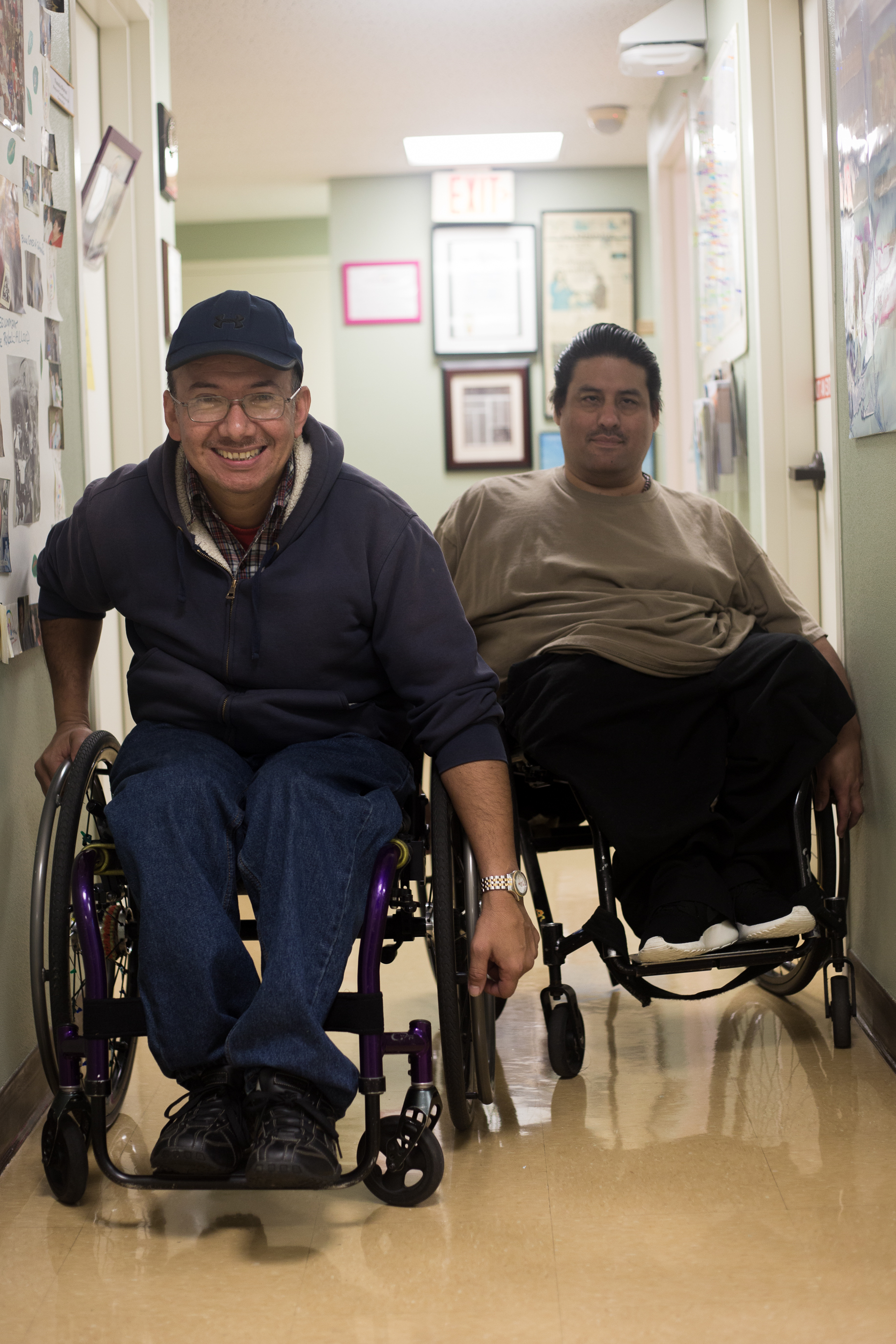